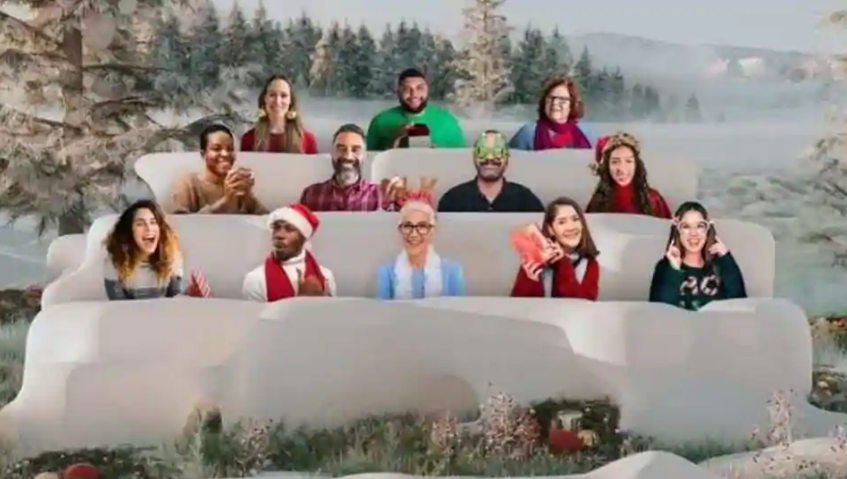 Microsoft, over the span of this year, has rolled out a host of features on its video conferencing platform, Teams, that have made it easier for its users to communicate with one another even as they work from home. Now, the company has released new features that aim to bring Christmas cheer to your virtual meetings.

The company today announced the launch of new holiday-themed Together Mode scenes and custom backgrounds. In addition to that, the company also announced the availability of breakout rooms. Let’s go through these features one-by-one.

Microsoft today rolled out the Winter Wonderland Together Mode scene in Teams. The company says that it will ‘add a dash of holiday spirit that’s perfect for hosting a virtual holiday party.’ In addition to that, the company also announced that it is rolling out a new set of Together mode scenes, which includes a coffee shop, conference room, classroom, and United Nations Space Command among others in Teams.

How to use: Open Teams meeting > select Together mode from the drop-down menu > click the small pencil in the left-hand corner of the screen > choose a scene.

Next is the custom backgrounds. Microsoft announced that it has created a set of new holiday-themed custom backgrounds for standard meetings and video calls. To add a new custom background, download the backgrounds you like. Then, while you’re setting up your video and audio before joining a meeting, select Background effects, click Add new, and then select a background to upload from your computer and you are good to go.

Lastly, Microsoft earlier this year had announced that it would be rolling out a feature called Breakout Rooms in Team. To give you a quick brief, this feature allows organisers to divide the meeting into sub-groups to facilitate discussions and brainstorming sessions.

A meeting organiser can create up to 50 breakout rooms and choose to automatically or manually assign participants into rooms. Now, the company has started rolling out this feature.Read more