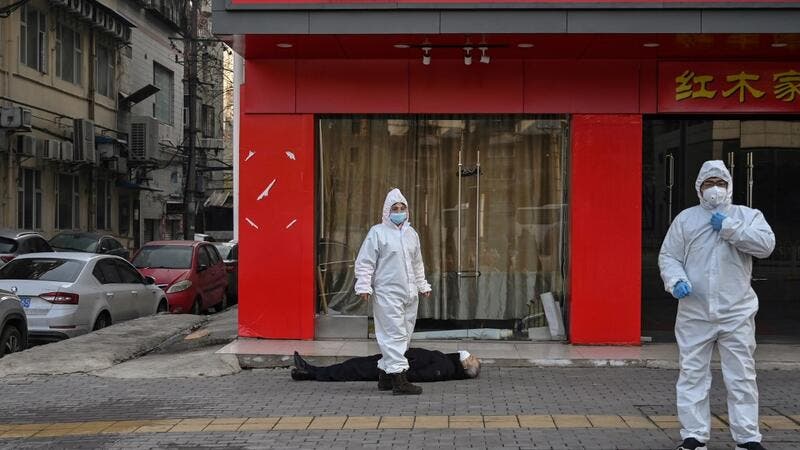 World Health Organisation (WHO) scientists will travel to Wuhan in January to investigate the origins of Covid-19 after months of negotiating with China for access.

The international mission is expected to go to China in the first week of January to investigate the origins of the virus that sparked the coronavirus pandemic, WHO spokesman Hedinn Halldorsson confirmed.

A year into the novel coronavirus pandemic, which has killed more than 1.6 million people and infected over 73 million globally, the question of where the virus came from and how it first crossed over to humans remains a mystery.

The United States, which has accused China of having hidden the outbreak’s extent, has called for a ‘transparent’ WHO-led investigation and criticised its terms, which allowed Chinese scientists to do the first phase of preliminary research.

China reported the first cases of a pneumonia of unknown cause in Wuhan, central China, to the WHO on December 31 and closed a so called ‘wet market’ where the novel coronavirus is believed to have emerged.

Health ministers called on the WHO in May to identify the source of the virus and how it crossed the species barrier, and the UN health agency sent an advance team to Beijing in July to lay the groundwork for the international probe.

But it has until now remained unclear when the larger team of scientists would be able to travel to China to begin epidemiological studies to try to identify the first human cases and their source of infection.

Now a team of 12-15 international experts is finally preparing to go to Wuhan to examine evidence, including human and animal samples collected by Chinese researchers, and to build on their initial studies.

Thea Fischer, a Danish member, said that the team would leave ‘just after New Year’s’ for a six-week mission, including two weeks of quarantine on arrival.

‘Phase 1 was supposed to be completed by now, according to the terms of reference, and we should have some results. If that’s what we get when we come to China…that would be fantastic. Then we are already in phase 2,’ she told Reuters.

Keith Hamilton, an expert at the World Organization for Animal Health (OIE) who will take part, told reporters on Tuesday: ‘I anticipate the mission will take place quite soon.’

WHO spokesman Tarik Jasarevic said in an emailed reply to Reuters inquiry that the international team was working on logistical arrangements to travel to China as soon as possible. ‘We hope the team will be able to travel in January,’ he said.