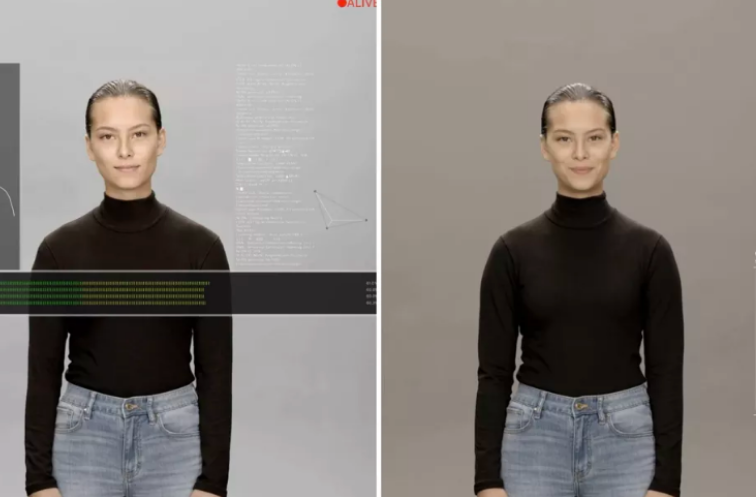 Earlier this year, Samsung had unveiled its NEON artificial human during CES 2020. This reveal had garnered a lot of attention due to its vast applications in multiple fields like healthcare, finance, retail, and more. Now, the company has offered us a glimpse into banking in the future with its recent collaboration with South Korean financial firm Shinhan Bank.

According to a SamMobile report, the South Korean tech giant has just announced its partnership with Shinhan Bank to offer NEON artificial humans as its customer’s personal tellers and financial advisors.

In a newly shared video on YouTube, the company showcases its Samsung NEON Frame at the opening of Shinhan Bank’s newly dedicated innovation center. For those unaware, NEON Frame is a device, which features NEON artificial humans, a large portrait screen, a 4K vision sensor, RGB status indicator, Hi-Fi speakers, and microphones.

The device also houses a fingerprint scanner to offer a next generation banking experience to the customers. Furthermore, it can also be outfitted with additional features along with security measures such as card readers, contactless payments,  and other features as well. With Samsung NEON, Shinhan Bank is seeking to digitalize its transactional banking structure through the use of cutting edge technology.

Samsung had also placed an emphasis on the human part of the technology, by giving the AI a face. Banking and finances are but one of the industries in the company that aims to deploy this technology.

As the company put it, the technology is designed to aid and assist human beings and not to replace their jobs entirely, with an example being NEON being used as a backup news anchor for breaking news at odd hours in the day.