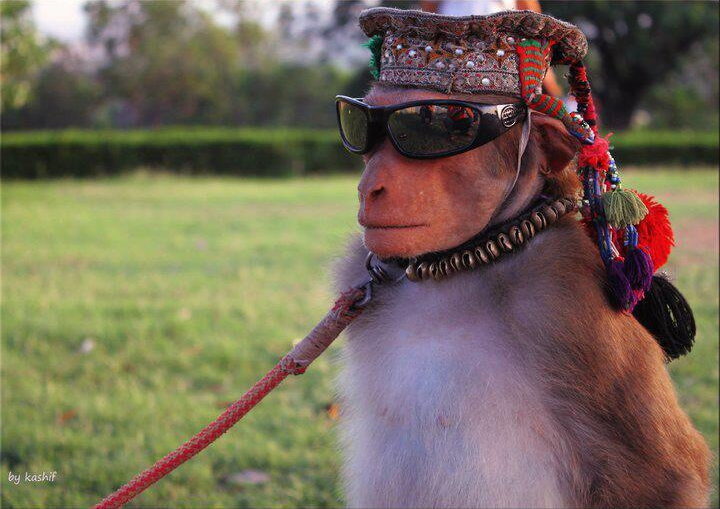 The Islamabad Wildlife Management Board (IWMB) has imposed a ban on monkey business and started taking action against those who are involved in using them for commercial activities to earn money.

The IWMB will provide a hotline number and start a Facebook page on which the people will be able to register complaints against the illegal use of monkeys for commercial activities.

Various teams will carry out patrolling and keep vigil over any kind of violation of the ban on using monkeys for commercial activities.

The IWMB has so far recovered a number of monkeys and released them into the Margallah Hills. Now onwards no monkey show will be allowed on streets or any other place of the capital city.

The performing monkeys are a common feature of life in our cities where they can be seen doing tricks and entertaining people while dressed up in sparkly outfits and clothes.

The people who are associated with the monkey business, this profession is a source of livelihood for them. They raise monkeys and train them to dance, salute, shake hands and other activities that catch attention of the people especially young children.

A trained monkey can help its owner earn some Rs30,000 per month so many raise the question of whether the government has provided them with an alternative source of income before imposing a ban on the monkey business.

The animal rights activists are of the view that the trainers beat monkeys with a stick during the training and put a rope around their neck that is a sheer violation of the wildlife laws. Jahanzeb, a resident of Islamabad, said “The relevant authorities are quite active in taking action against poor people but can they dare to confiscate the lions being raised as pets by the powerful elite.”