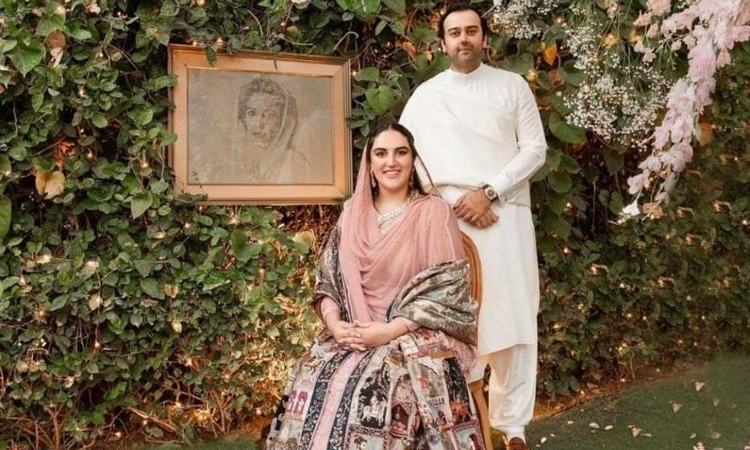 Bakhtawar Bhutto Zardari, the daughter of late PPP leader Benazir Bhutto and former President Asif Ali Zardari, will tie a knot with Mahmood Chaudhry in the last week of January.

According to details, the pair will tie the knot on January 29 and the invitations for the Nikkah ceremony were already dispatched to the guests by Asif Ali Zardari.

It is pertinent to mention here that the eldest daughter of Late Benazir Bhutto and former president Asif Ali Zardari, Bakhtawar Bhutto Zardari and Mahmood Chaudhry on November 28 got engaged at Bilawal House in Karachi.

During the engagement ceremony, Bakhtawar Bhutto Zardari and her fiancé Mahmood Choudhry exchanged the rings. Both Bakhtawar and her fiancé wore traditional oriental attires on the special occasion.

Taking to social networking website, Twitter, Bakhtawar shared a picture of her and her fiancé, with a portrait of her assassinated mother Benazir Bhutto in the background.

Her brother and Pakistan Peoples Party Chairman Bilawal Bhutto Zardari virtually attended the engagement ceremony as he was in quarantine as he had tested positive for COVID-19 earlier this week.