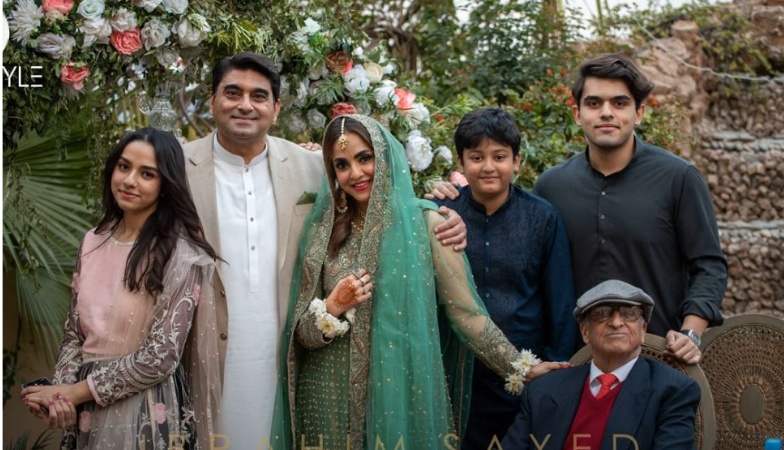 Nadia Khan tied the knot for the third time in a private ceremony. Exclusive pictures of Nadia Khan’s wedding went viral on social media. The 41-year-old talk show host looked beautiful as ever in her bridal dress.

Nadia Khan is a popular Pakistani TV actress, presenter and producer. When it comes to morning shows, Nadia is considered to be in a league of her own. She is one of the first TV hosts to kick off the successful trend of morning shows in Pakistan.

She is best known for hosting The Nadia Khan Show. The show made Nadia a beloved household name in the country.

Nadia Khan made her acting debut in 1996 on Haseena Moin’s TV show Pal Do Pal. Her most popular role was in the classic PTV drama series Bandhan. She has her own YouTube channel on which she remains in touch with her fans.

A few days back, there had been rumors about Nadia Khan’s engagement. These rumors set social media abuzz. Initially, there was no confirmation from Nadia. However, the popular TV personality has made it official on her social media accounts and fans couldn’t be more happy. The 41-year-old TV show host took to her Instagram to make the announcement.

Nadia Khan revealed that she had tied the knot with Faisal Mumtaz Rao. Exclusive pictures from the private wedding ceremony went viral on social media. Check it out:

This is Nadia Khan’s third marriage. Fans of the talk show host send their love and well wishes to her. What do you think about Nadia Khan’s wedding clicks? Share your thoughts in the comment section below.