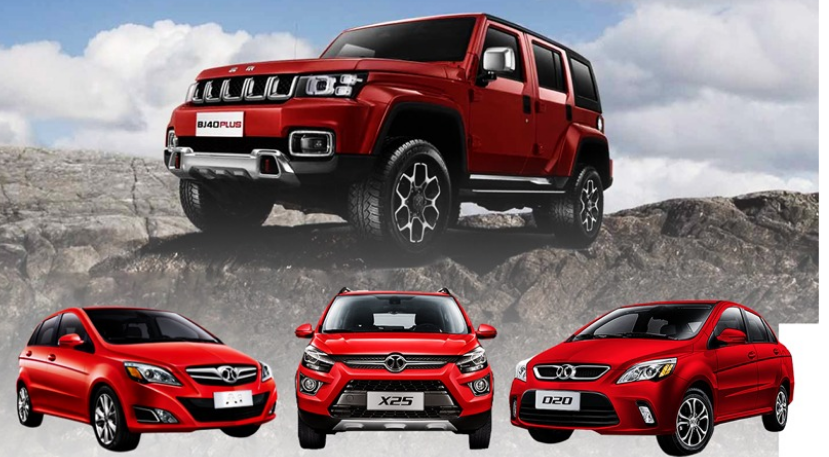 Sazgar, the largest rikshaw-maker in Pakistan, is set to enter the car market with BAIC D20 that has a hatchback and a sedan version. It plans to launch a crossover X25 and an off-roader SUV BJ40-Plus.

The BAIC group is the third largest automotive group in China, the country which manufactures 26 million vehicles a year — the highest in the world. BAIC sells 3.5 million cars per annum.

Sazgar prides itself for exporting three-wheelers to 20 countries, including Japan.

Sazgar’s assembly line is near completion and trial production may start soon, according to sources privy to the matter. The company may start selling its locally assembled cars within next three months.

The company also wants to make the most of its association with BAIC, which also has a strong presence in electric car market in China. The company is pondering over the launch of electric vehicles in the near future too.

The Government of Pakistan has recently rolled out the Electric Vehicle Policy that provides tax and duty incentives to companies entering the EV business.

BAIC has a joint research agreement with Mercedes known as MBTech. Both companies afford technological consultancy towards each other, which reflects in BAIC’s vehicles as well.

However, Sazgar may not be assembling Mercedes in Pakistan since BAIC only has an agreement with Mercedes for China.

With its entry in the car business, the company wants to cater to the entire market with its hatchback, sedan, crossover and SUV. The cars from hatchback to the SUV will be priced between Rs2 million and Rs6 million.

The company will be assembling the cars in Pakistan under its green-field status, which it received under the government’s Auto Development Policy 2016-21.

The companies that received the green-field status must launch their cars by the end of fiscal year 2021 in June to avail the incentives given in the policy.

The government has launched the policy to attract foreign investment and help increase competition in the auto sector, which has long been dominated by Japanese carmakers Suzuki, Toyota and Honda.