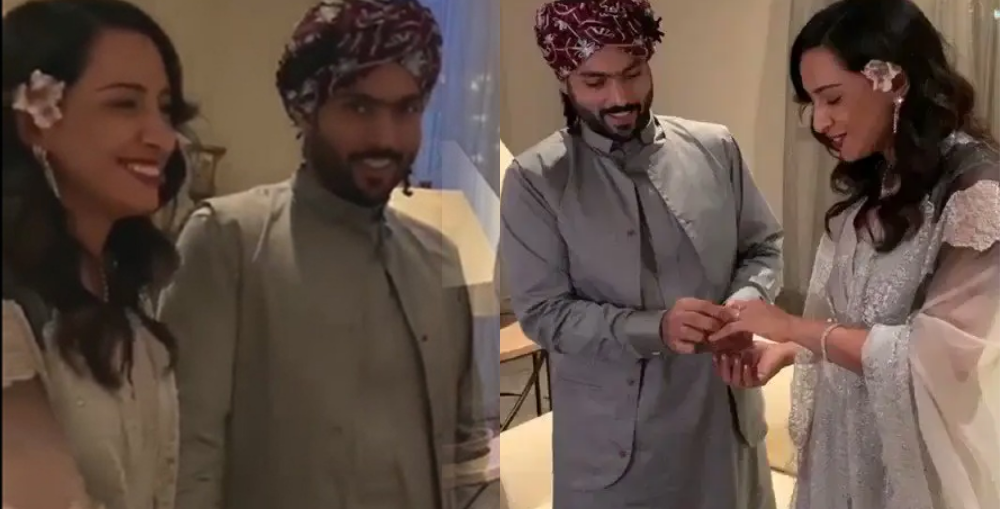 For the past few days, pictures and videos of a Saudi wedding are going viral on social media. Sources claim that the woman goes by the name of Sahoo bint Abdullah Al-Mahboob. She is a Saudi businesswoman who owns multiple properties and businesses all around the world.

Her net worth is said to be $8 Billion. The groom on the other hand, has a simple and humble background and he actually belongs to Pakistan.

As the news pictures and videos from the event are going viral, Pakistani Twitter is hailing it as ‘winning a lottery’ as the groom is now set for life. Here’s how people are reacting to it.

Find out the truth

But it turns out, none of it is true. Yes, the couple got married, and we extend our best wishes to them. However, the fact that the bride is a billionaire or the groom is a Pakistani taxi driver seems too good to be true. Let’s check some facts!

The ‘Saudi Billionaire’ is non existent.

As much as we would like this news to be accurate, unfortunately, there are no whereabouts of a ‘Saudi Billionaire’ Sahoo bint Abdullah Al-Mahboob on the internet.

In fact, the online search does not even reveal any profile of Sahoo bint Abdullah Al-Mahboob. Her name doesn’t appear anywhere except the news sites and the YouTube videos that were circulating the news of the marriage.

This makes us wonder if the lady is actually a business tycoon or a billionaire. Not only that, but according to a netizen, her name is Yasmine bint Mashal Al-Suderi.

The video first appeared on Twitter on December 24, by Ahmed Alolyan and he captioned it,

As far as the groom is concerned, there is also uncertainty about his identity. According to some netizens, he is of Afghan descent but we are not sure of it yet.

At the same time, there is also a possibility that that the video shows a typical wedding in Saudi Arabia, with people making up false stories on social media.