Skip to content
You are here
Home > Life > COVID-19 > Why Are Muslim Coronavirus Victims Being Cremated in Sri Lanka? 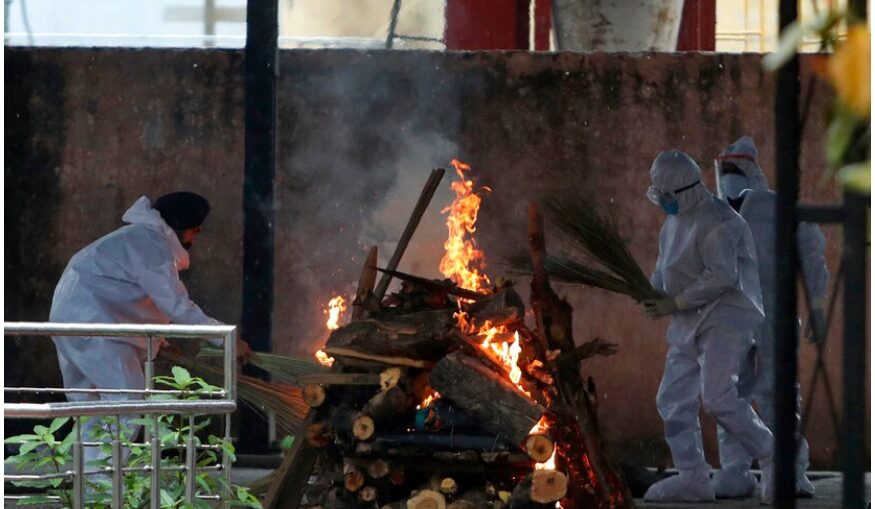 Every few days, Sri Lankan Muslims take to the streets in hopes that their protest will help to change government guidelines and allow them to bury their Coronavirus dead.

Before the Coronavirus outbreak, funeral rites of Muslims were not a problem for the country’s Buddhist and Hindu majority groups which practice cremation. Even when the pandemic approached in March last year, the Health Ministry issued a notification permitting Muslim burial of those infected.

Everything changed, however, when the disease claimed its first Muslim victim, Mohammed Jamal from Negombo city, and on March 30, hospital workers cremated him without the consent of his wife and children. On April 11, government guidelines were updated, introducing mandatory cremation of all coronavirus deceased, regardless of their faith.

“Sri Lankan Muslims are not afraid of death but they are traumatized by the rule of forced cremation,” rights activist Shreen Saroor told Arab News on Sunday.

Protests have been held in all major cities. On Sunday, a demonstration against forced cremation was staged in Killionochi, a Tamil-dominated township in the north, while another one took place on Thursday near the main crematorium in Colombo.

Sri Lankans abroad are also protesting, with the most recent rally held in Washington on Saturday by Sri Lankans United (SLU), a diaspora group in the US.

“Sri Lanka has made the cremation of all COVID-19 victims mandatory, defying the guidelines set out by the World Health Organization and other scientific experts, who categorically said that there is absolutely no health hazard in burying the victims according to their religious beliefs,” Mizli Rifki of the SLU said.

According to former social empowerment minister Seyed Ali Zahir Mowlana, mounting pressure has prompted the government to appoint a committee to review the coronavirus cremation guidelines.

“Representations from the local community and organizations, coupled with a chain of requests from international bodies and overseas Lankans had prompted the government to appoint a 11-member expert committee to look into the matter,” he said.

However, as the country’s Supreme Court has dismissed 11 petitions filed by Muslims against the cremation rule, activists fear that the policy is not necessarily one informed by scientific considerations.

The College of Community Physicians of Sri Lanka (CCPSL) and the Sri Lanka Medical Association (SLMA) have said that based on available scientific information, burial could be permitted under strict guidelines. Most ministry experts argue, however, that cremation is the safe option to prevent the virus spread.

“All other countries have given an option for burial of coronavirus-infected remains,” rights activist Muheed Jeeran said, “It is a glaring discrimination against the Muslim community in Sri Lanka.”