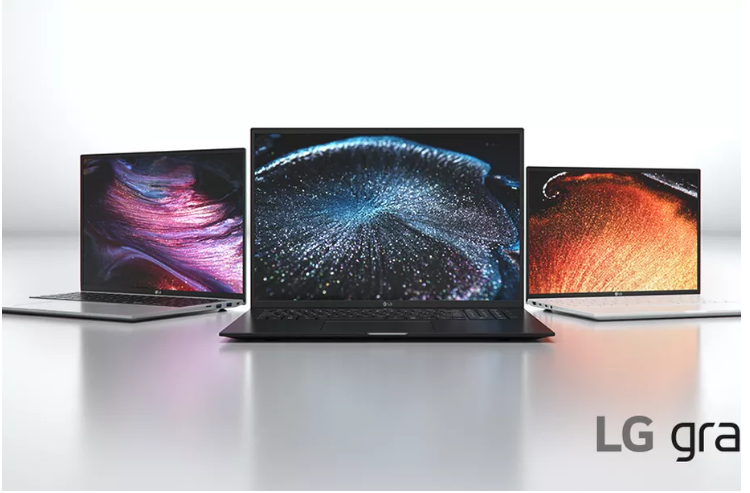 LG hasn’t changed the Gram lineup’s signature features. LG Gram laptops are known for being astonishingly light (hence the name “Gram”). The Gram 17 is just 2.98 pounds, the same weight as its predecessor.

It’s highly unusual to see a 17-inch laptop under three pounds, and using one really messes with your mind — I always felt like I was carrying nothing when holding the 2020 model, because I expected it to feel so much heavier. The Gram 16 is just 2.62 pounds, while the 14 is 2.2 pounds.

Another great feature of the 2020 Gram 17, which has carried over to the 2021 model, was the 16:10 display. It offers more vertical space than a traditional 16:9 panel. In addition, LG says the new clamshell models have a new “four-sided slim bezel design” which achieves a screen-to-body ratio of 90 percent. As is evident from the photos LG provided, the bezels look pretty small, which gives the whole thing a nice modern vibe.

LG also says the keyboard and touchpad have been enlarged “for comfort and efficiency.”

The most significant upgrades are inside. All of the new Gram laptops have Intel’s 11th-Gen Core processors and can come with Iris Xe graphics or UHD graphics. All of the models are also certified through Intel’s Evo program, which is an Intel badge meant to certify the laptop can get at least nine hours of battery life, wake from sleep quickly, and other features.

LG claims you could see up to 19.5 hours from the Gram 17, Gram 16, and 16 2-in-1. That’s a claim I’d usually be skeptical of, but I will say the 2020 Gram 17 had some of the longest battery life I saw from a laptop last year. It lasted around 10 hours of my daily workload (which is fairly intense). So LG knows what it’s doing when it comes to efficiency, and there’s reason for optimism.

“Synonymous with unprecedented portability and first-class performance, the LG gram brand continues to raise the bar for the ultra-lightweight and slim laptop market,” said Jang Ik-hwan, LG senior vice president and head of the company’s IT business unit, in a statement.

Pricing and availability are still to be announced.