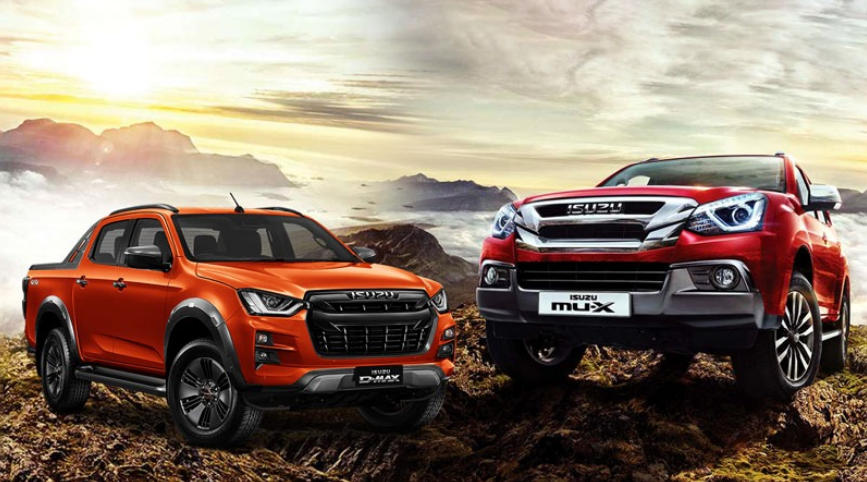 Ghandhara Isuzu is pondering the launch of its MU-X SUV, which according to a company official, would compete with Toyota Fortuner.

But the company has not shared any timeline for the launch.

The seven-seater MU-X would fall under the category of a midsize SUV, same as Fortuner.

“D-Max started well and quickly claimed 15% of the market share of pickup trucks,” said Usman Ansari, an expert on cars. “There was no competitor for Toyota Hilux before D-Max.

“However, last year D-Max struggled and its market share reduced. Its sales reduced but during the same period Hilux sales increased,” Ansari said.

“I think the main reason reason is the reduction of price difference in D-Max and Revo corresponding variants to around Rs60,000,” Ansari said. “The difference previously was between Rs350,000 and Rs700,000.”

However, a company official said the company faced a supply issue due to the coronavirus pandemic and its sales plummeted from July 2020 to November 2020. “But the company is upbeat about regaining the share as things get better,” the official said.

Pakistan’s auto industry seems to have a new-found love affair with SUVs. Many companies such as Hyundai, Kia, MG Motor, Regal Motors, Sazgar and Proton have either launched SUVs or are planning to do so.

Experts say it is the trend all over the world and the auto industry is moving away from hatchbacks and sedans to crossovers and SUVs.

Ahmed Lakhani, a senior research analyst at JS Global who keeps a keen eye on the auto industry, says the condition of roads in Pakistan and last year’s urban floods make SUVs more attractive to buyers.