Skip to content
You are here
Home > New Alert > For the First, Rawalpindi Holds Marathon for the Visually-Impaired 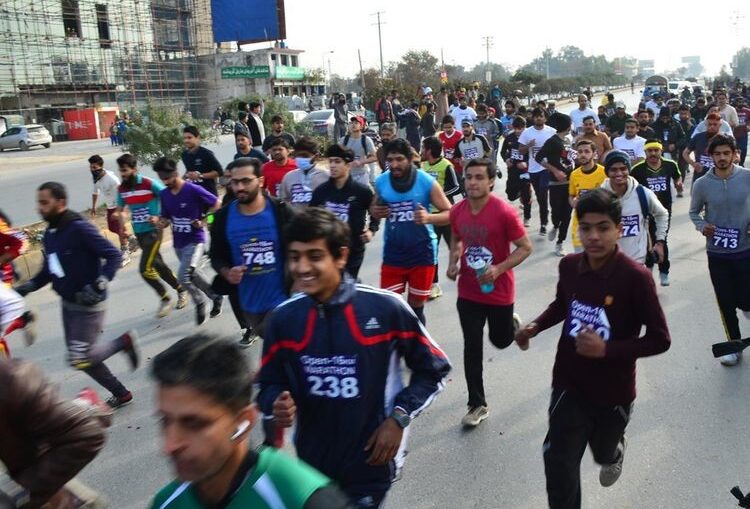 For the first time in the history of Rawalpindi, a marathon was organized successfully on Sunday by the district government aiming to involve visually-impaired people.

Apart from the marathon for the visually-impaired and the children, another marathon (16km) for the general public was also the highlight of the day and participated by hundreds.

People of the Garrison city, particularly children and the visually-impaired overwhelmingly participated in these events.

In the 6km marathon from Morgah Morr to Liaquat Bagh Sports Complex more than 100 visually-impaired athletes and 254 children under 16 took part.

The Marathon was organized by District Sports Office Rawalpindi, under the supervision of Deputy Commissioner Capt (R) Anwarul Haq.

According to the organizers it was held as part of making Rawalpindi an #ActiveCity under the @AWBInitiative. Besides the 6km race for the blind, an open category (of 16 km) was also part of the marathon.

Faryad Gujjar, Chairperson of Lyallpur Athletics Club from Faisalabad also participated in the Marathon for the blind. He had brought along a number of blind athletes. According to Gujjar, blind people run in marathons across the world but January 10 marks the first time that a marathon was held exclusively for the blind.

By Thursday, over 600 people had arrived and got themselves registered, more than 50 of them were visually-impaired participants.