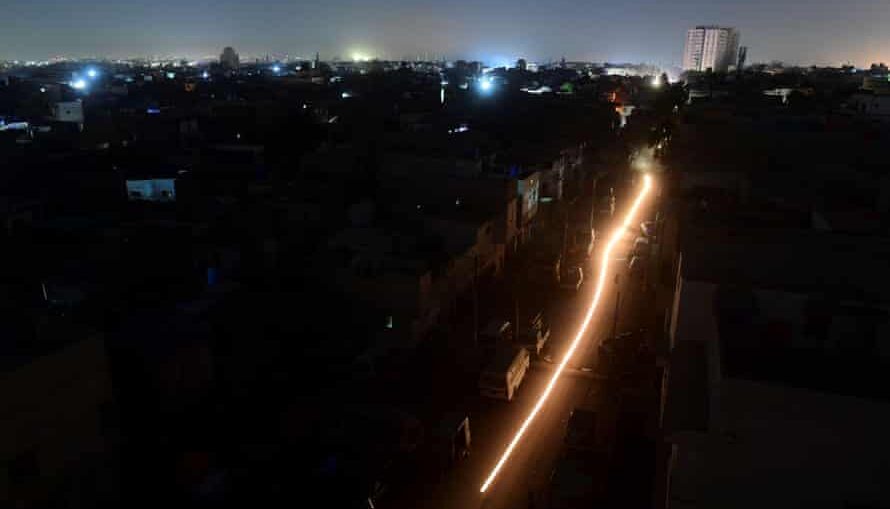 Seven staff at one of Pakistan’s biggest power plants have been suspended after a technical fault sparked a massive grid breakdown at the weekend, plunging the entire country into darkness.

The blackout hit all of Pakistan’s major cities, including the capital Islamabad, economic hub Karachi and the second-largest city Lahore, lasting around 18 hours in most areas.

The employees at Guddu thermal power plant in Sindh province were suspended “on account of the negligence of duty”, according to the Central Power Generation Company, which operates the facility.
Guddu plant, built in the 1980s, is one of the country’s largest and generates power from furnace oil and natural gas.

The suspended staff included a manager and six junior employees.
The blackout, which started shortly before midnight on Saturday, was caused by an engineering fault which tripped the system and caused power plants across the country to shut down.

Pakistan’s electricity supply system is a complex and delicate web, and a problem in one section of the grid can lead to cascading breakdowns countrywide.

There were no reports of disruption at hospitals, however, which often rely on backup generators. The outage marked Pakistan’s second major power breakdown in less than three years.

In May 2018, power was partially disrupted for more than nine hours, while in 2015 an apparent rebel attack on a key supply line plunged around 80 percent of the country into darkness.