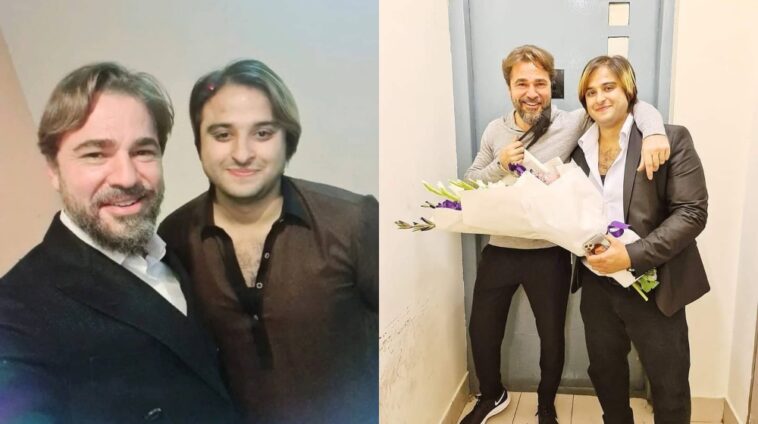 Many reports circulated weeks back on social media, citing that Engin Altan has withdrawn from his agreement with wanted felon, Kashif Zameer. The Sialkot-based businessman now claims in an Instagram post that the Turkish star is headed to Pakistan again.

In an Instagram post, Kashif Zameer claimed that the Diriliş: Ertuğrul star will be visiting Pakistan again in three days.

“Get ready for the Engin Kashif friendship blast,”

In an Instagram story the Managing Director (MD) Chaudhary Group of Companies asserted that all his haters will be silenced soon once he and Engin are seen together.

It was previously reported that Engin Altan withdrew from his $1 million contract as the global brand ambassador for Zameer’s Chaudhry Textiles.

Kashir Zameer, dismissed the rumors, saying that Engin had assured him that the deal was on. At the time he had asserted that the Kursun actor would reach Pakistan on 12 or 13 January 2021.

Meanwhile, Engin has not yet commented on the matter or confirmed whether he will be coming to Pakistan.