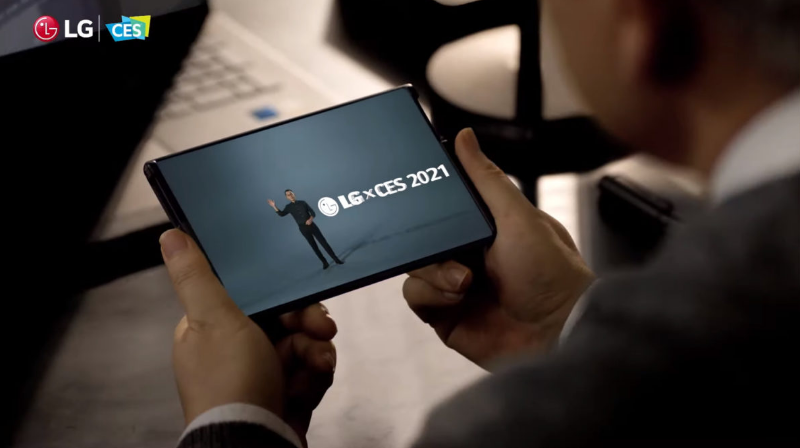 CES 2021 has essentially kicked off, and LG held its own event as part of the all-digital conference. The company showed off TVs and appliances, but it also had one more exciting tease on offer as it briefly showed off its rollable smartphone.

LG showed the rollable phone at the very end of the event, with the device being held in landscape orientation. We can clearly see the top of the screen retracting back into the rest of the phone via a presumably motorized mechanism, as the screen goes from tablet size to smartphone form factor. Check out the clip below for a better idea of how it looks.

LG also showed the rollable mechanism from a slightly different angle earlier in the press conference, giving us a good idea of the size difference between smartphone and tablet modes.

This isn’t the first time LG has teased the rollable smartphone either, as the brand gave us a fleeting glimpse of the mechanism at the Wing launch event. Either way, it looks like the next phone in the Explorer Project is inching ever closer to release.