Skip to content
You are here
Home > Auto > New Traffic Rules: No Tinted Glasses, No Squads of Private Gunmen 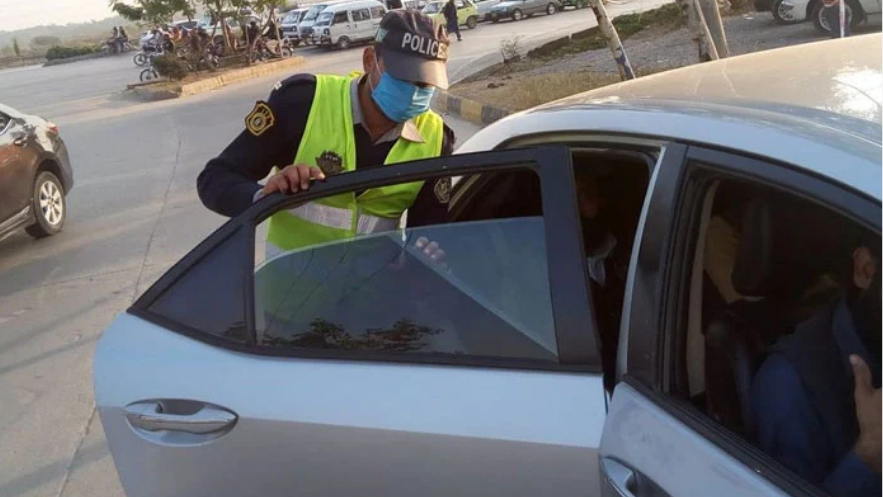 Capital City Police Officer (CCPO) Ghulam Mahmood Dogar Monday warned the owners and drivers against using tinted glasses in their vehicles, and roaming around the city areas with squads of private gunmen.

“This culture of driving tinted cars and moving with private squads will not be tolerated any more in the city,” he said while expressing his resolve to maintain the law and order. He was talking to the media at the Lahore High Court, as he was summoned in a case to explain the poor performance of the investigating officers.

About growing incidents of firing into the air in jubilation, especially by lawyers on a recent bar election, he said an FIR had been lodged and people involved in the incident were being identified through video clips.

“This city belongs to us and the dacoits and thieves should better leave it or face the consequences,” he added. Dogar said the police had a special focus on the incidents of rape involving minors. He said such cases needed to be dealt as test cases. He also urged society, schools and the parents to play their role and devise standard operating procedures (SOPs) for the use of the Internet by children.

Earlier, the CCPO told Justice Aalia Neelum of the LHC that a scrutiny desk was being established in the Police Department for vetting the reports and documents before submitting to the courts. The judge had summoned the CCPO for an explanation as the investigating officer in a post-arrest bail case failed to submit the complete record.