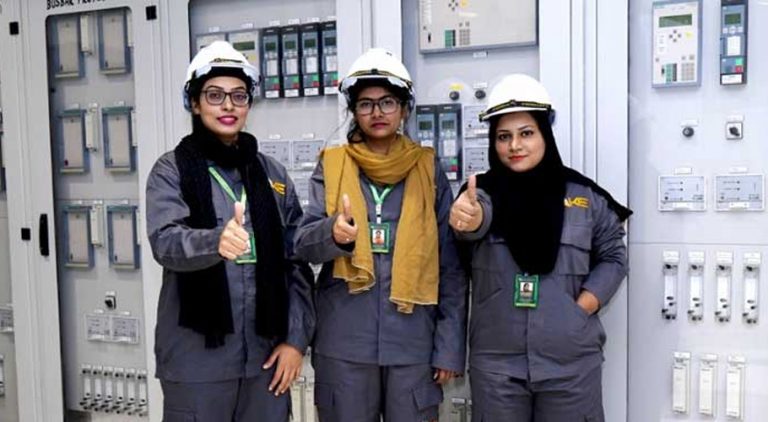 K-Electric, the city’s sole power provider, has initiated a number of programs aimed at increasing gender diversity and inclusion in Pakistan’s power sector in order to meet one of the United Nations’ Sustainable Development Goals.

K-Electric launched the ‘Roshni Baji’ program in February 2021, according to a press release issued Sunday, “through which forty women have been on-boarded and trained as safety ambassadors.

As per the statement, “These women will work with over 100,000 households in their own communities to raise awareness about general protection, electrical safety, rain safety, power theft risks, and energy conservation. They will also be qualified as certified electricians in the future, creating a new talent pool for the whole industry.”

The announcement comes ahead of International Women’s Day 2021, which falls on March 8th, and in which the powerhouse hopes to recognize and celebrate the importance and achievements of today’s growing female workforce, as well as the critical role that women play in our lives.

The company recruited its first five female grid operating officers (GOOs) to combat gender stereotypes in the transmission industry, with the aim of challenging typically masculine positions in the power sector and other fields.