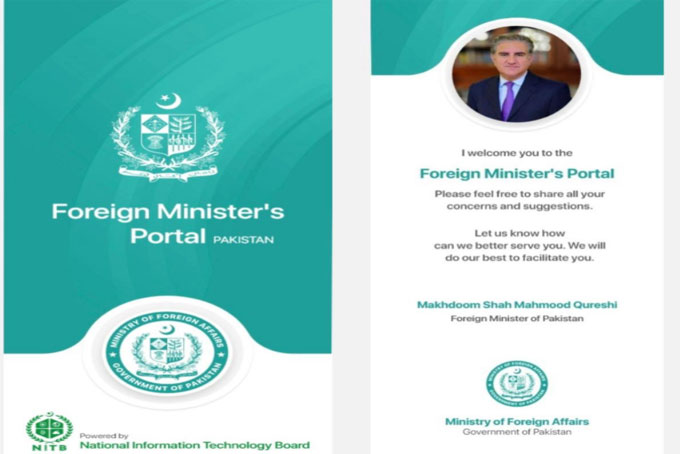 As announced by Foreign Minister Makhdoom Shah Mahmood Qureshi on 16 June 2021, under the Vision FO Thought Leadership Platform, the pilot phase of the Foreign Minister’s Portal (FMP) has been launched Monday.

In its pilot phase, the FMP is available online for overseas Pakistanis and foreign nationals residing in the jurisdiction of five Pakistan Missions abroad, namely, Barcelona, Dubai, Jeddah, London and New York.

The Pakistani community and foreigners can download the App of Foreign Minister’s Portal from Android store from today, and later on from iOS store also, to register their problems, suggestions and feedback.

It is pertinent to mention that cardinal objective of the Portal is to directly engage with Pakistani diaspora by providing them remote access to the missions through modern means of communication.

This will also help to assess the nature of the issues being faced by overseas Pakistanis leading towards their better resolution.

Gradually, the scale of the Portal will be widened to all Pakistan Missions aboard.