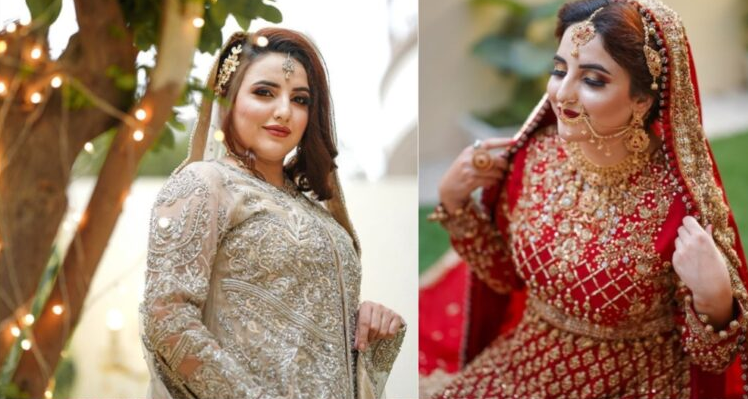 Hareem Shah is making headlines again. This time over rumors of her marriage. These rumors emerged when images of the Pakistani TikToker in bridal wear started making rounds online.

The social media influencer is seen all decked out in red for a bridal photoshoot. In fact, she was the one that first shared the pictures on her Instagram.

The bride donned two different outfits suggesting two events. The TikToker provided no context whatsoever regarding the photographs. This led people to speculate whether she tied the knot or if this was just a bridal photoshoot.

According to GeoTV, the TikToker-cum-actress confirmed the news of her marriage while speaking to them.

Hareem Shah confirmed that she did indeed get married and that too to a politician. The TikToker shared that she married a member of the Sindh Assembly. Turns out the lucky guy is a Pakistan People’s Party MPA.

The Khwaab Nagar Ki Shehzadi actress kept her husband’s identity under wraps though. Recently the TikToker posted an image of an engagement ring captioned;

However, she deleted the picture shortly after posting it.