When Where How Pakistan WhenWhereHow.PK | Technology And Business News from Pakistan
Home Auto New Cars Coming To Pakistan In 2022 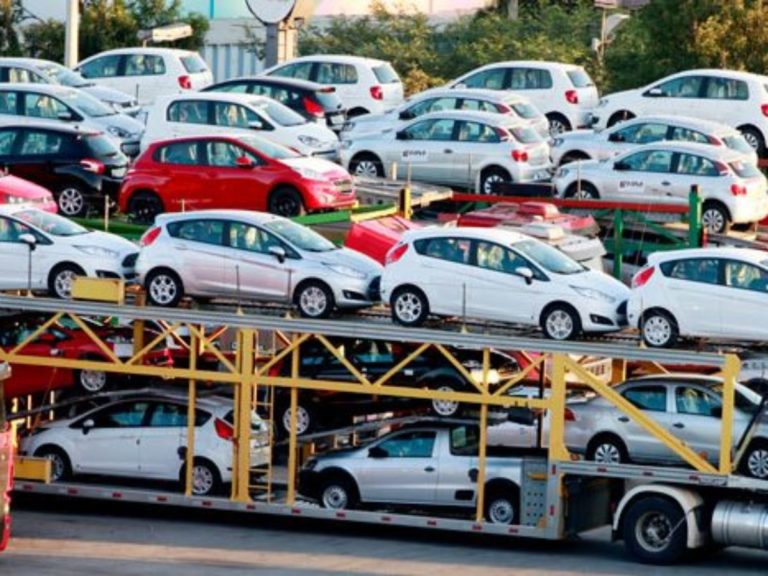 With each passing year, the Pakistani automotive industry expands. In 2021, two new entrants (Haval and BAIC) made their debut in the local market. Others expanded their vehicle lineups with new models. In total, 15 new cars will be introduced in 2021, including one hatchback, five sedans, seven crossovers and SUVs (one EV, two hybrids), and one jeep.

The new Civic’s first unit has arrived in Pakistan. Honda Atlas has imported a test unit of the Honda Civic 11th generation from Thailand. The company is most likely working on the next-generation model for our market.

How can we talk about the new Civic without mentioning the new Corolla? So, here’s the latest news: the latest 12th generation Toyota Corolla will also be available in 2022. But that isn’t all. The big news is that we’ll be getting a hybrid Corolla for the first time ever.

In international markets, the 12th generation Corolla is already 2.5 years old. The car made its global debut in late 2018, but it has yet to arrive in our country.

We’ve all heard how much Toyota has emphasized the importance of hybrid vehicles. The company is expanding its hybrid model lineup, which is exactly what the new Corolla for Pakistan will be. We believe Toyota Indus is laying the groundwork for the introduction of the 12th generation hybrid Corolla, which could arrive in the summer of 2022.

MG Motors imported a test unit of this sedan months ago. The company has been transporting the unit across the country. The test unit is currently on display at Packages Mall Lahore.

The MG GT is available in three trim levels: base, mid, and top. The Mid variant is the imported test unit. We did a first-look review of it. The MG GT, like all other MG vehicles, will be available as a CBU import. The car’s official debut is scheduled for December 2022.

Yes, after 11 years, we will finally get a new generation of Suzuki Swift. Pak Suzuki has already phased out the old 1st generation Swift and is preparing to launch the latest 4th generation model.

The fourth-generation Suzuki Swift was unveiled in March 2017 and will be refreshed in 2020. According to reports, we will receive the pre-facelift model.

Following sedans and hatchbacks, crossovers and SUVs are on the way. The first is the Chery Tiggo 4 Pro, which is set to be released early next year.

We first heard that Chery SUVs would be arriving in Pakistan in December 2020. In August 2021, Chery imported test units of two of its SUVs. The Chery Tiggo 4, a 5-seater subcompact crossover like the KIA Stonic and MG ZS, was one of them.
Chery Pakistan recently unveiled the specifications and features of the Tiggo 4 Pro at an exclusive event in Karachi, following months of trials and testing. The company now intends to reveal the official price and begin accepting reservations in January 2022.

Another Chery SUV that has been tested and unveiled in Karachi is the Chery Tiggo 8 Pro. This is a mid-size crossover with seven seats, similar to the DFSK Glory 580 Pro, Honda BR-V, and KIA Sorento. The Tiggo 8 Pro, like the Tiggo 4 Pro, will be available in January 2022.

Proton is planning to launch a smaller B-segment crossover after launching an SUV and a sedan. The Proton X50 is positioned beneath the Proton X70 in the Proton lineup.

The car was released in October 2020 and has quickly taken over the Malaysian market. So much so that Proton delivered over 11,000 units from October 2020 to March 2021 and is struggling to keep up with demand. The company will first import CBU units for testing in Pakistan before launching the CKD domestic model by the end of 2022.

Regal Automobiles intends to add another member to the Glory family following the successful launches of the Glory 580 and 580 Pro. The DFSK Glory 500, like the Proton X50, is a 5-seater subcompact crossover.

The vehicle will be available in China in November 2020. Its best selling point is that it is extremely cost-effective. This vehicle was designed by the company to be a family SUV that is accessible to all.

Prince DFSK hoped to have the Glory 500 available as CBUs by the end of the year. But the year is almost over, and the company has yet to achieve that goal. So, hopefully, the vehicle will arrive early next year.

Changan has narrowed it down to one SUV for the official launch after months of testing. The sketches for its upcoming “modern SUV” were recently released by the company. And we believe it is the Oshan X7 Plus, a redesigned version of the Oshan X7.

Changan, like DFSK, wanted to end the year with a car launch but was unable to do so. The upcoming Changan SUV will now be available in the market early next year.

Following in the footsteps of KIA, Pakistan’s Lucky Motors Corporation (LMC) is introducing a new car brand to our market. Peugeot is a French automaker that will make its debut with the Peugeot 2008, a B-segment subcompact crossover.

Lucky Motors imported this SUV for trials and testing in February, so we first heard the name. Soon after, the company imported test vehicles for two additional SUVs, the Peugeot 3008 and Peugeot 5008.

The launch of Peugeot SUVs is just around the corner, now that Lucky Motors has officially launched Peugeot in Pakistan and has opened 3S dealerships across the country. The first will be the Peugeot 2008, which will go on sale early next year.
Another Chinese automaker, Guangzhou Automobile Group (GAC), is expected to enter the market in 2022. The GAC GS3 is a 5-seater crossover that will compete with the MG HS, KIA Sportage, and Hyundai Tucson.

According to reports, the company will begin offering CBU units next year, with local assembly following in the next few years.