When Where How Pakistan WhenWhereHow.PK | Technology And Business News from Pakistan
Home New Alert Infinix Note 12 is Launching in Pakistan this Month; Launch Timeline, Price, and Features 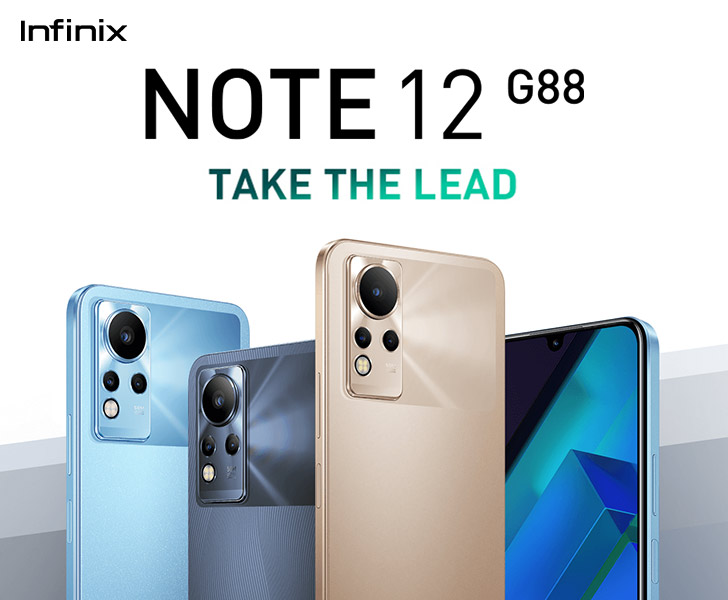 Infinix intends to launch a new smartphone in Pakistan. The Note 12, the upcoming successor to the Infinix Note 11, will be the manufacturer’s next entry into the mid-range segment.

The smartphone has a brand-new elegant design and an exciting set of features. It has yet to be announced by the official media. However, according to our reliable sources, the Note 12’s launch date is tentative. Let us take a quick look.

According to sources, the Infinix Note 12 will be released on May 25. Expect a brief pre-release promotion before the official release. Note 12 features a 6.7-inch AMOLED display with Full HD+ resolution (1080 x 2400 pixels.) It has a notch display and a 16MP selfie camera on the inside.

Furthermore, the phone’s operating system is Android 11 with XOS 10.6 on top, which can help you with your daily tasks. The Infinix Note mobile has a 50 MP wide-angle main sensor, a 2 MP macro lens, and a QVGA camera.

A massive 5000 mAh battery that charges at over 33W backs up this hardware. Note 12 features a fingerprint sensor on the phone’s side, as well as other sensors such as an accelerometer, gyroscope, proximity sensor, and compass.

The Infinix Note 12 will be available in a variety of colors, including Jewel Blue, Force Black, and Sunset Golden. According to WhatMobile, the handset will cost around 39,999 Pakistani rupees.