When Where How Pakistan WhenWhereHow.PK | Technology And Business News from Pakistan
Home New Alert What is Monkeypox, How is it Transmitted and How Bad is it? 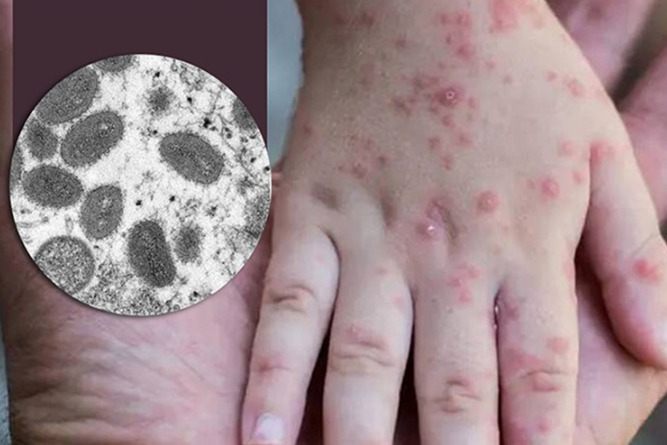 Since early May, several cases of monkeypox have been identified in North America and Europe, raising concerns about the spread of the disease, which is endemic in parts of Africa.

Most people recover within a few weeks, and only in rare cases has monkeypox been fatal.

Thousands of human infections have occurred in parts of West and Central Africa in recent years, but it is uncommon in Europe and North America.

Monkeypox is a virus that is transmitted to humans by animals, with symptoms similar to smallpox but less severe clinically.

Monkeypox has been found in a variety of animals in Africa, including rope squirrels, tree squirrels, Gambian poached rats, dormice, and various species of monkeys.
The World Health Organization, on the other hand, claims that human-to-human transmission is rare.

Lesions, rashes on the face, palms, or soles of the feet, scabs, fever, body aches, and chills are all symptoms of monkeypox in humans.

Human monkeypox was discovered in a nine-year-old boy in Zaire, now the Democratic Republic of the Congo, in 1970, in an area where smallpox had been eradicated two years before.

Cases were also confirmed in the United States in the spring of 2003, marking the disease’s first appearance outside of Africa.

How is it transmitted?

Direct contact with infected animals’ blood, body fluids, or lesions of the skin or mucous membranes can result in transmission from animals to humans.

The WHO reported on Monday that some of the recently confirmed cases in the United Kingdom have occurred in gay men.

However, experts have warned that establishing a link is premature.

“Although the current mass of cases involves men who have sex with men,” Michael Skinner, a virologist at Imperial College London, told the Science Media Center (SMC) website, “it is likely too early to draw conclusions about the way of transmission or assuming that sexual activity was required for transmission until we have clear epidemiological data and result.”

How bad is it?

This is a self-limiting disease that typically lasts two to four weeks.

Severe cases are more common in children and are linked to the extent of virus exposure, the patient’s medical condition, and the nature of the complications.

In all recorded infections, the mortality rate per case varied but remained between 0% and 10%.

Is there a treatment?

Although there is no specific treatment, smallpox vaccination has been shown to be approximately 85% effective in preventing monkeypox.

However, because smallpox has been eradicated worldwide, access to vaccines is now limited.

The good news is that the smallpox vaccine effectively protects against monkeypox.

“The bad news is that most people under 45 do not have the smallpox vaccine,” said Eric FeiglDing, an epidemiologist and health economist.

In the UAE, the Department of Health Abu Dhabi urged all health facilities in the emirate to investigate monkeypox disease and report any suspected, potential, or confirmed cases via the electronic communicable disease reporting system.

The circular obligated all concerned authorities in the emirate to make every effort to detect and investigate the disease as soon as possible in order to limit its spread.

The DHA also urged all parties to fully comply with the circular’s provisions in order to avoid legal repercussions.

It is worth noting that monkeypox is a type of smallpox that was eradicated in 1980, and the first monkeypox vaccine was approved by the US Food and Drug Administration in 2019.