When Where How Pakistan WhenWhereHow.PK | Technology And Business News from Pakistan
Home New Alert Here are the Images of Dell’s First Fully Detachable XPS 2-in-1 Hybrid Laptop 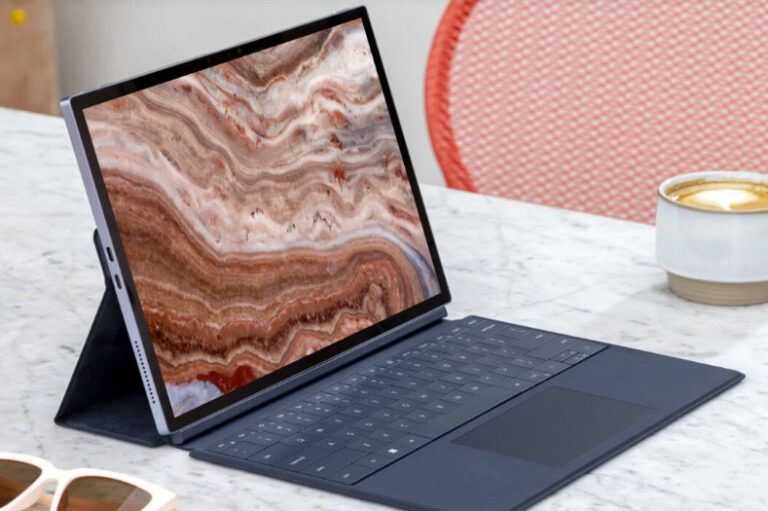 If you’re familiar with Windows laptops, you’ve probably heard of Dell’s XPS line. It includes some popular 2-in-1 laptops that can be flipped, transformed, and bent, but Dell has gone too far and designed a hybrid laptop with a fully detachable screen.

According to 91mobiles, Dell will release the XPS 9315t, a laptop with a completely detachable display that can be used as a 13-inch tablet. Dell isn’t known for its tablet offerings, so it’ll be interesting to see what they do with this new product.

The hybrid screen, as seen in the images, has a single rear camera and two USB Type-C ports, as well as a speaker grill on the side. An outline of a sim-tray slot can also be seen in one of the images, indicating that it could be a cellular device.

Dell has been working on this product since last year, according to the press release, and it is expected to hit the market soon. The report revealed the upcoming product’s design and appearance but did not go into detail about its specifications.

Dell isn’t a newcomer to the 2-in-1 laptop market. In fact, with its XPS 13 2-in-1 laptop in 2019, the company completely destroyed this segment. The laptop was so good that there wasn’t much room for improvement.

In other Dell news, the G15 and G15 SE gaming laptops were recently released in India. Both laptops have a number of gaming-oriented features that will likely appeal to gaming enthusiasts in India. Both models are equipped with Intel Core i5 and i7 processors and NVIDIA GeForce RTX graphics. Both laptops have 15.6-inch displays, but they have different display configurations.