When Where How Pakistan WhenWhereHow.PK | Technology And Business News from Pakistan
Home New Alert Adobe to Make Photoshop Free for All On the Web 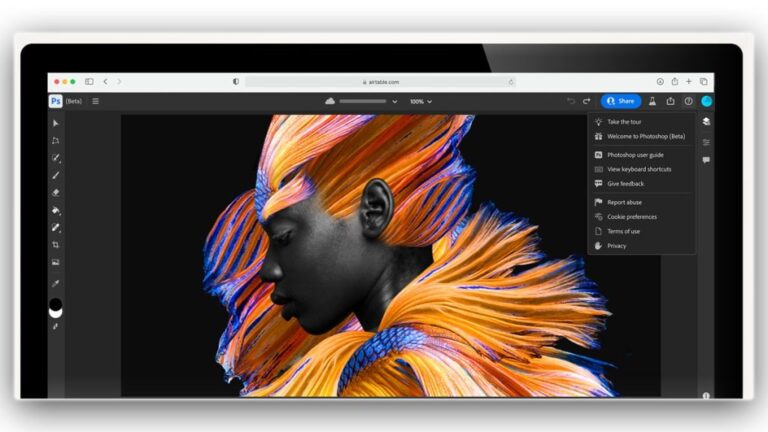 For as long as computers have had color screens, Adobe has had virtually no competition in the field of professional picture editing. Adobe has been hesitant to create a cloud version of its most popular product until lately, but that is progressively changing.

Adobe has announced that their new web-based version of Photoshop is now available to everyone for free and that it has enough features to be useful.

Adobe offered Photoshop as a normal piece of pricey professional software before the present era of always-on connectivity. You had to pay hundreds of dollars for a license, and you didn’t get any updates.

When it switched to the Creative Cloud model, which requires a monthly membership to use Photoshop and other Adobe products, things changed. The business thinks that by providing a free online version, more consumers will become familiar with the app and eventually wish to pay for the full version.

Late last year, the online version, which anybody with an Adobe account can access, was mostly used as a collaborative tool. It couldn’t compete with even the most basic image editing software, let alone online competitors like Canva, due to its narrow feature set. Adobe has since prepared an extended feature set, which you may now try out.

According to The Verge, the business is formally testing Photoshop on the web in Canada. In the United States, though, I was able to access it just fine. It’s worth noting that it only works with Chrome and Edge, and it’s still in beta.

The quantity of image editing tools available in Photoshop on the web is amazing. Brushes, layers, gradients, smart selects, gaussian blur, cropping and rotation, curves, dodge and burn, clone stamp, content-aware fill, text layers, and more are among the tools available. According to Adobe, this will ultimately become a freemium product with some capabilities locked behind a barrier, likely related to a Creative Cloud membership.