When Where How Pakistan WhenWhereHow.PK | Technology And Business News from Pakistan
Home New Alert Samsung Galaxy A53 Launched in Pakistan with Exynos 1280 SoC and 120Hz SuperAMOLED Display 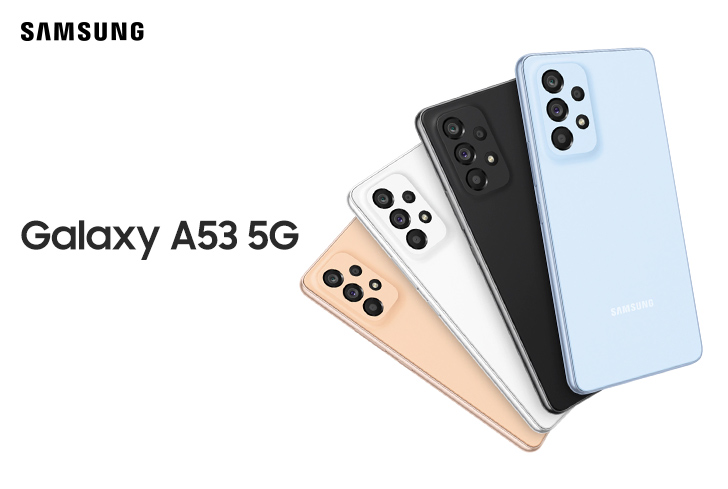 The Galaxy A53 is the newest in Samsung’s premium mid-range lineup. It was first shown to the public on March 18th of this year. However, the Galaxy A52’s replacement has recently arrived in Pakistan. While the gadget has yet to be announced on Samsung’s social media channels, the Galaxy A53 is now available from Pakistani retailers.

The Samsung Galaxy A53 features a 6.5-inch SuperAMOLED display with Full HD+ resolution, a 120Hz refresh rate, and Gorilla Glass 5, which is exclusive to Samsung. A single 32-megapixel camera is housed inside a punch hole on the front, paired with an in-display thumb reader. The phone has a slicing profile and tiny bezels.

On the rear, there’s a 64MP wide-angle main camera with OIS, as well as 12 MP ultrawide, 5 MP macro, and 5 MP portrait lenses. All of this is contained within the camera island, which blends into the rear panel. Other notable features include up to 1TB of microSD card compatibility, 8GB of RAM, and IP67 dust and water-resistant certification. On the other hand, there isn’t a 3.5mm audio jack.

The chip inside is an Exynos 1280 processor, which the firm does not identify on its official website. It has an Octa-core CPU developed on Samsung’s 5nm EUV technology, as well as 8GB of RAM and 128GB of internal storage. The phone runs on Android 12 with OneUI 4 on top.

The Galaxy A53 is available in four colors: peach, blue, white, and black, all of which are soft mate hues. The latest addition to Samsung’s pricing list is now available in a single 8/128GB model that starts at Rs. 85,999, with a 12/256GB tier coming later.