When Where How Pakistan WhenWhereHow.PK | Technology And Business News from Pakistan
Home New Alert Saudi Govt has Decided Not to Change the Kiswah of the Kaaba This Year 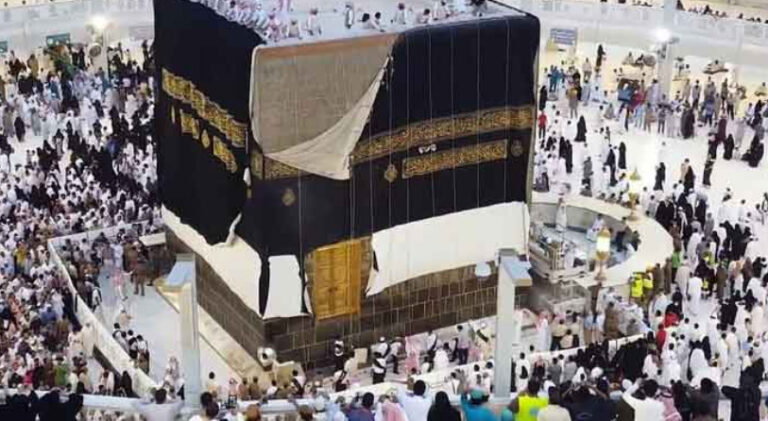 The Saudi government has decided not to change the kiswah of the Kaaba during the Hajj this year.

According to Arab media reports, the Saudi royal decree issued in this regard states that this time the shroud of the Kaaba will be changed on the 1st of Muharram.

here it is important to mention that the kiswah of the Kaaba is changed on the 9th of Dhul-Hijjah on the occasion of Hajj.

The Kiswah of the K’abah will be replaced on 1st Muharram 1444 this time instead of the yearly custom of replacing on 9th Dhul Hijjah pic.twitter.com/hOW6DAPUZw

On the other hand, the Saudi Interior Minister and head of the Hajj Committee, Prince Abdul Aziz bin Saud bin Nayef, has reviewed the preparations of the Hajj Security Force.

He expressed satisfaction over the readiness of all security agencies to serve the pilgrims.

While addressing the special function, General Muhammad Al-Bassami, Chairman of the Hajj Peace Committee, gave a full briefing regarding all the institutions.