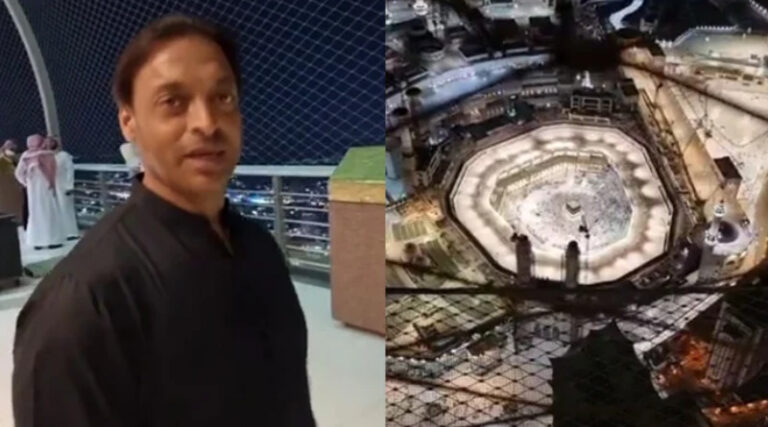 Shoaib Akhtar, a former cricket player, and Pakistani bowler, is in Saudi Arabia as a state guest to fulfill the Islamic duty of Hajj, and he is updating his followers on his whereabouts.

Last week, Akhtar revealed that he would be speaking at the Hajj Conference in Makkah, which would be attended by leaders of the Muslim world.

He published a video today from the top of the Holy Kabah’s neighbor, the Makkah Clock Tower.

In a video uploaded to Instagram, Akhtar remarked, “We’re at the highest point of the Clock Tower and I want to show you, people, what Kabah looks like from here.”

The Hajj is one of the five pillars of Islam, and everyone who has the means must perform it at least once in their lifetime.

It takes place over the course of five days in Makkah, the holiest city in Islam, and the surrounding regions of western Saudi Arabia.