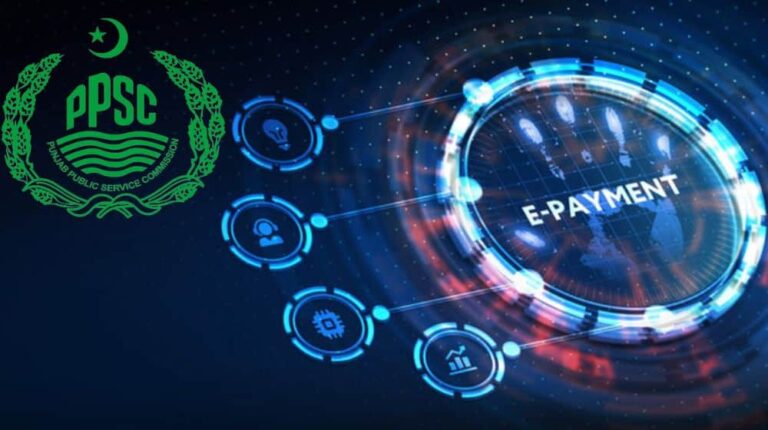 When applying for jobs with the Punjab Public Service Commission, candidates must visit the nearest branch of the National Bank of Pakistan (NBP) to pay their fees (PPSC).

This will soon change, though, as the PPSC has finally agreed to let the job application portal accept electronic payments in order to make it more convenient for applicants.

A PPSC official stated in this respect that the Punjab Information Technology Board and the PPSC collaborated on the development of the e-payment system (PITB).

Candidates will receive a 17-digit Payment Slip ID starting on August 1, 2022, while applying online through the PPSC’s employment portal (PSID). They will need to pay the charge associated with the PSID via an ATM, Internet banking, mobile banking, microfinance banks, or in person at a financial institution.

AGREEMENT INKED WITH PITB: NATIONAL FREELANCE TRAINING CENTRE TO BE SET UP AT IIUI

The representative continued by saying that the e-payment mechanism is intended to speed up the hiring process in addition to helping prospects. False/unpaid challan forms will no longer exist, and it will assist in automating receipt verification.

The Federal Public Service Commission (FPSC) had earlier this week postponed the tests for General Recruitment (GR) in Karachi owing to bad weather, according to a separate news report.

According to the official statement, FPSC will make the updated announcement of the GR test schedule in due time, while GR examinations in other cities will proceed as planned.