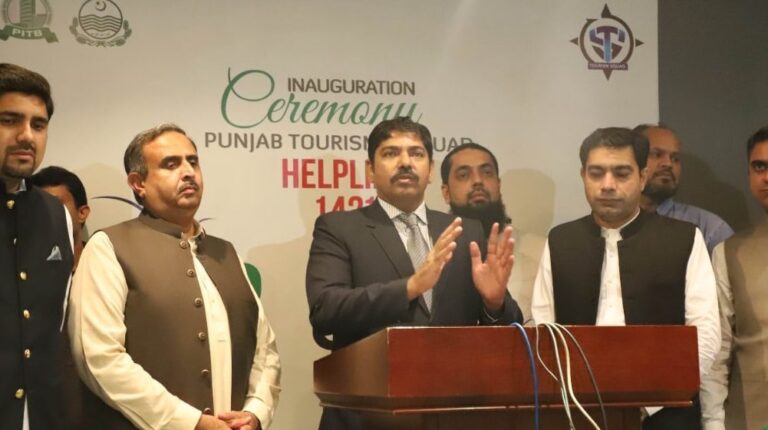 In a ceremony conducted at Arfa Software Technology Park, the Punjab Information Technology Board (PITB) and the Department of Tourist Services (DTS), Punjab, officially soft-launched the universal hotline “1421” for help and complaints to assist tourists in Punjab.

Speaking at the event, Punjab Tourism Secretary Ehsan Bhutta stated that a special team had been trained to comfort visitors. This team would not only act as tour guides but would also be in charge of providing security and amenities in case of unfavorable events.

He said that the squads, stationed at various tourist destinations in Punjab and accessible to visitors around-the-clock, will be deployed.

Sajid Latif, Director General (DG) e-Governance of PITB, stated that the training of the tourism squad by PITB is to give utilities to visitors at various tourist attractions and avoid any unfavorable situations.

In order to give the squad the necessary abilities, in-depth training is still being conducted in this respect. Rescue 1122, the Institute of Hospitality Department, Punjab, and PITB have also been hired by the Department of Tourist Services, Punjab. These divisions are working together to give the team the best training.