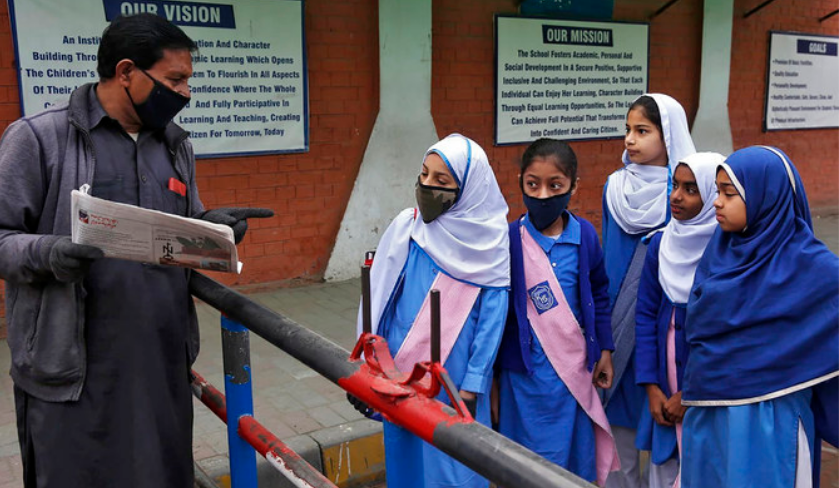 In the first three days of school opening across Najab, 34 children became infected with the corona virus.

According to the details, after the control of Corona virus epidemic in the country, schools were opened in phases across the country from September 15.

In the first three days, transmission of corona virus has been confirmed in 34 children in Punjab province, 24 students in Gujranwala and 7 children in Nankana Sahib.

The spokesperson said that Government Girls Higher Secondary School Shahkot and Garrison School Nankana Sahib in Nankana Sahib have been closed due to corona cases.

Corona virus has been confirmed in children in different schools in Gujranwala district. So far 14746 samples have been taken from children in government and 1566 in private schools.

According to the spokesperson, 13796 samples have been tested so far, in which 34 children have tested positive for the corona virus.

A spokesman for primary and secondary healthcare said the school would be closed for five days if more than two children were diagnosed with the corona virus. The families of the affected children are being tested for coronavirus by contact tracing