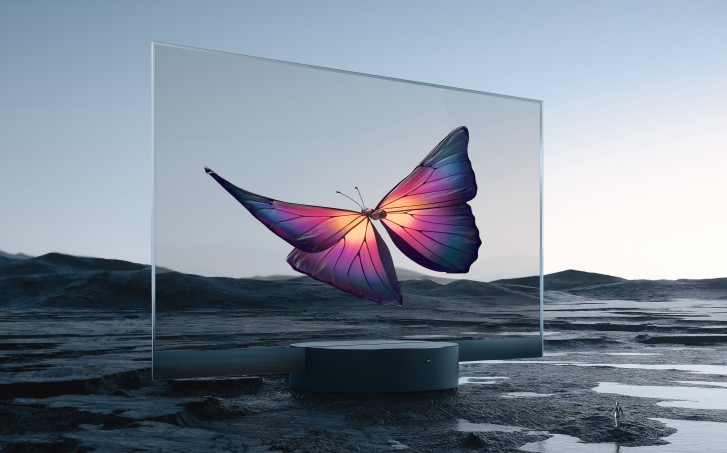 The television uses a transparent OLED panel that is mostly see-through. This gives it the appearance of a clear window when off and the when turned on, makes the images appear as if they are floating.

The Mi TV LUX Transparent Edition also has a feature called AI Master for Audio, which detects the type of content being played and automatically selects an audio mode. There’s also support for Dolby Atmos.

The design of the television includes a 5.7mm thick frame placed on a circular base. Obviously, this TV cannot be wall-mounted and the attached stand is the only way to place it.

The Mi TV LUX Transparent Edition runs on a custom-designed version of MIUI for TV. The UI has been tweaked to take advantage of the transparent display. There’s also an Always-On display mode to display images and text while the TV is not in use.